The Amazing Worlds of Lynne Stringer 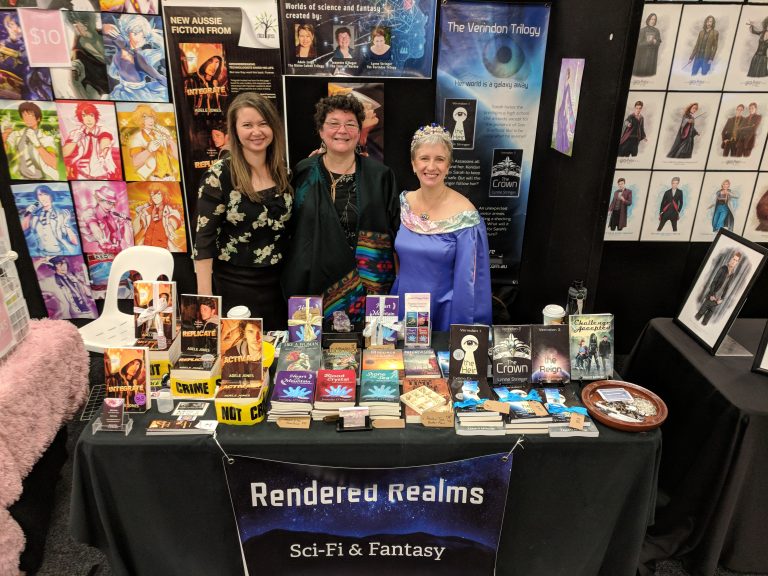 Today it’s my pleasure to welcome Lynne Stringer to the blog. Lynne is an amazing editor and the author of five young-adult novels. Thanks for chatting with us today, Lynne.

Your latest novel The Verindon Alliance is a prequel to your popular sci-fi series The Verindon Trilogy. Can you tell us a bit about the Verindon world and how this novel fits in?

Verindon is a world I created for my trilogy (The Heir, The Crown, The Reign). It’s another planet where, during the time the trilogy takes place, they have more advanced technology than we have. There are two distinct humanoid species on this planet—the Vendel and the Verindal. During the time of the trilogy, they live in peace, although there are some tensions and problems beneath the surface.

However, The Verindon Alliance is set about a thousand years earlier, at a time when Verindon didn’t have much greater technology than we have today. It was also a time when the Vendel and the Verindal were still at war, so that’s part of the conflict in this novel. 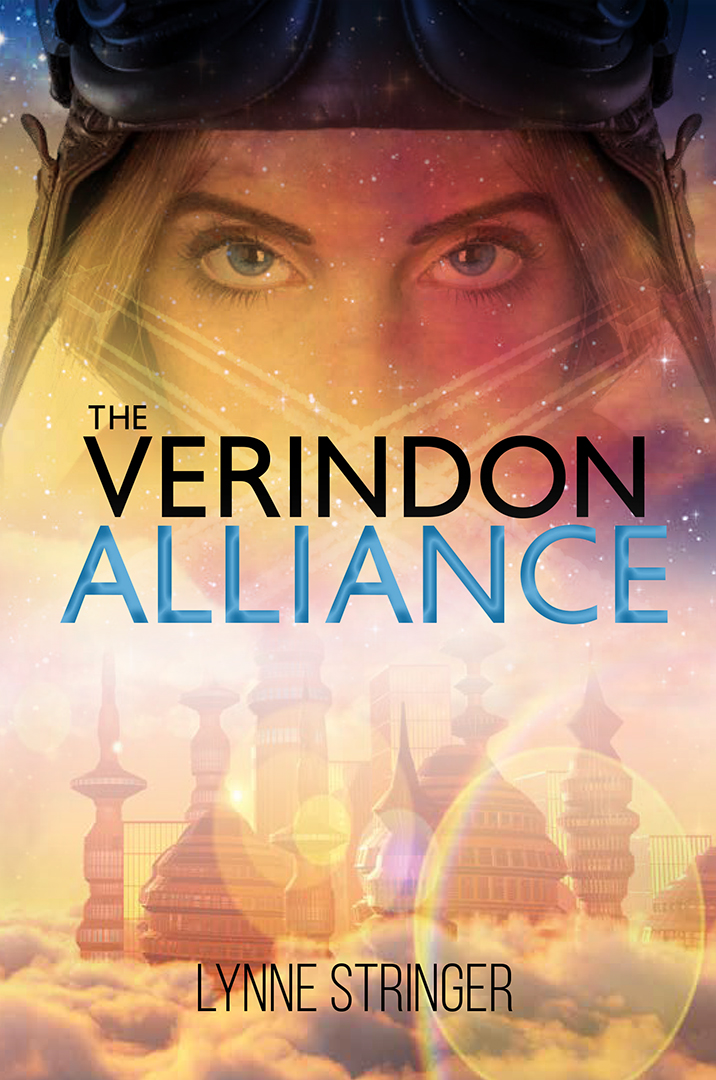 It must be challenging to create a whole new world from scratch. Can you share a bit about your inspiration and process?

It’s hard to describe exactly how it happened, as it just grew in my head. The technological aspects of Verindon are similar to what we dream could be done here—flying cars, spaceships, laser guns, etc, so that didn’t require too much of a stretch. Some of the other elements are a bit more unique. For example, Sarah, the protagonist in my trilogy, is a talented artist and, as I developed that part of her character, I wanted to incorporate something from that into the world of Verindon. So I made colour an important element of that planet, which comes out in Sarah’s art. I used her character traits to help me refine my new world. 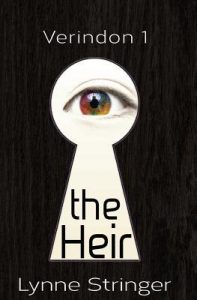 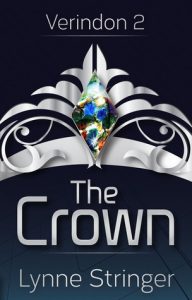 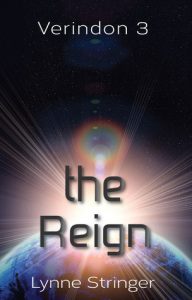 Although The Verindon Alliance is set in the past, some of the themes are just as relevant today, especially the one about different groups learning to put aside their differences for a common goal. Would you have any comments about that in relation to recent world events?

It’s obviously highly relevant in the world today and was something I thought about a lot when I was writing it. I think our world has struggled enormously for many years to find common ground amidst great diversity, and to embrace that same diversity. I tried to play with that on Verindon. The Vendel and Verindal characters featured in The Verindon Alliance need to find common ground so they can work together and stop hating each other. It’s an uphill battle, both for them and us, but one I think is achievable.

I think finding that common ground is a real key and your novel certainly provides a lot of food for thought in that area.

You’re a frequent contributor to sci-fi and fantasy events such as Supanova and Oz Comic-Con. How important are those events for connecting with your ‘tribe’ as a writer?

Very important. Trying to reach an audience of any sort is an enormous challenge for any author, more so an Indie author who doesn’t have access to big promotional budgets when they have a new release. These events give us a leg-up so we can reach new readers and hopefully find new fans of our work.

As well as the Verindon books, you’ve also had a contemporary novel published called Once Confronted. Could you tell us a bit about that book and the inspiration behind it? 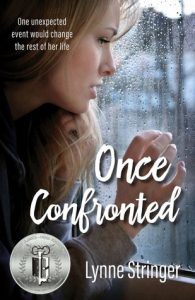 Once Confronted is about a girl called Madison who’s the victim of an armed robbery. This takes place early on in the story, as the rest of the book is about her recovery from that and what she does when one of her attackers asks for forgiveness. It’s the most personal of all my books, mainly because I was also the victim of armed robbery. However, I have no idea who my attacker was. It was challenging to write a story featuring a woman who considers forgiving someone like that. I had to consider whether or not I could do that too. I’m not sure I could, but it was kind of a challenge to myself.

That armed robbery must have been a very difficult experience for you. Good on you for tackling those kinds of issues in your fiction. What words of hope could you offer to someone who was battling similar issues to Madison, the book’s heroine?

That there is light at the end of the tunnel. Life may never go completely back to normal, but you can feel safe again. It just takes time. 🙂

Encouraging words, Lynne. When people are in the midst of turmoil, it’s hard to see a way out, but it’s great to know there is that hope.

You’re also a professional editor. Does that mean your manuscripts don’t need an outside editor?

I wish! No, authors are far too close to their stories to see them objectively and need someone else, a professional, to point out where their manuscripts need more work. It’s essential that every author finds a good professional editor to help them perfect things.

I couldn’t agree more. I don’t think any of us ever gets to the stage where our work is perfect. It’s always a learning curve. Thanks so much for chatting with us today, Lynne. It was great hearing a bit more about your novels and the inspiration behind them.

Lynne has kindly made available an autographed copy of her book The Verindon Alliance for one lucky reader. In order to enter the draw for the prize, just add a comment below by midnight on Sunday 26 July 2020 (Australian Eastern Standard Time). The winner will be chosen at random from the eligible comments, and their name will be published in my next newsletter and on the Nola Lorraine Facebook page. As the prize is a print book, this giveaway is only available for those with an Australian postal address. (Hopefully, I’ll be able to have other giveaways in the future that will be open to anyone.) For full terms, please click here. 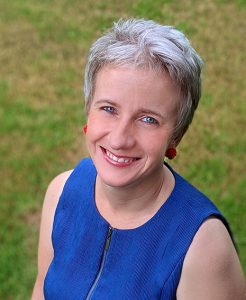 Lynne Stringer has been passionate about writing all her life, beginning with short stories in her primary school days. She began writing professionally as a journalist and was the editor of a small newspaper (later magazine) for seven years, before turning her hand to screenplay writing and novels.

Lynne is the author of the Verindon trilogy, a young adult science fiction romance series released through Wombat Books, and Once Confronted, a contemporary drama. Lynne’s new release, The Verindon Alliance, is a new standalone in the Verindon world.

Lynne’s books are available from a number of outlets. If you go to the following author pages on Amazon and Apple, you’ll find links to Lynne’s books:

The Verindon Alliance is also available from Rhiza Edge: https://www.rhizaedge.com.au/the-verindon-alliance