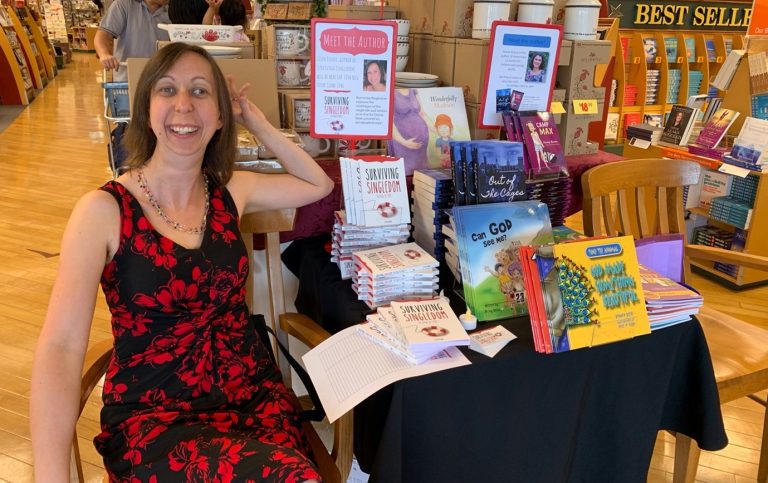 Today it’s my pleasure to welcome author Steph Penny, to the blog. (And be sure to read to the end for your chance to win a copy of Steph’s latest book.) Thanks for joining us, Steph.

Thanks Nola, it’s a pleasure to be here!

The Story Behind the Book

You’ve recently released your book ‘Surviving Childlessness: Faith and Furbabies’. Could you tell us a little about yourself and what prompted you to write the book?

It was actually prompted by a number of childless friends, who approached me separately and asked me to write a book about marriage. My first thought was, ‘Ugh!’ followed by, ‘No way!’ There are already tonnes of books out there on marriage. But then one friend said, ‘Steph, don’t write about marriage. Write about what it’s like to be married in church and not have any children.’ And I thought: ‘Yes. I can do that.’ 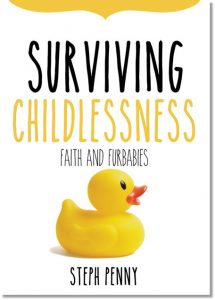 So I started writing the book, but it was during my online research that my own childless journey took a terrible turn. I discovered that getting pregnant for me—as a person living with chronic illnesses—would be highly risky, both for myself and for the baby. So my husband and I made a difficult decision to remain childless. I refer to this as childlessness-by-forced-choice, because even though we made that choice, we felt there was no other choice for us. We were backed into a corner by terrifying medical risk. 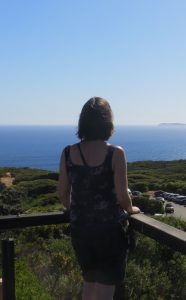 I put my story into the book but didn’t want to write about my childless journey alone. I was acutely aware that my childless story was unusual, even within the childless community. So I invited others to contribute. I put a tiny advert on social media one night, and the following morning I awoke to a tsunami of replies! In the end, I interviewed 14 people about their childlessness and included their stories in my book. I hope readers will find stories with which they resonate and will realise they are not alone.

That must have been a very difficult decision for you and your husband to make. Some people may make a conscious decision to remain childless, but as you’ve mentioned, the choice is sometimes taken out of their hands. What were some of the other reasons for childlessness that you came across in your research?

Yes, there are many reasons why people are childless-not-by-choice! The most common reasons I found were infertility and miscarriage, but there are heaps of others: not being able to find the right partner, finding a partner but being too old to have children, early menopause, endometriosis, past trauma, having a criminal history, having a low sperm count, divorce, losing a partner through death, finding out your partner is homosexual, becoming single, being rejected by adoption and foster care agencies, prioritising study or careers, not knowing that ageing is correlated with decreased fertility, Pink’s disease (mercury poisoning) and unsuccessful IVF attempts.

And there are legitimate reasons why people may feel forced into a childless situation (apart from illness like me), such as having a disability or mental health issue, abortion, living with substance use or domestic violence in the home, problems with having sex, worries about one’s parenting capacity and having ethical and spiritual issues with IVF. Not to mention valuing other things over potential children. Some people in my book actually opted out of treatments like surgery and IVF because they were concerned about the impact on their relationship and their faith.

Wow, that’s certainly a myriad of reasons. Although childlessness is common, those without children are often stereotyped in our society. Could you expand on that a little?

Absolutely! Even though childlessness is currently on the rise, childless people are frequently excluded and even mocked for being childless. There is an expectation that people, women in particular, will become baby-making machines the instant they find a partner. I have encountered such expectations myself, particularly in the church and even working as a psychologist. People are surprised and even shocked to discover a psychologist does not have children. I guess I missed that criterion on my job description.

People assume childless women are career-driven, selfish, or ‘crazy cat lady’ types of mutants. And men do not get out jail free either: some childless men worry they are perceived as paedophiles.

It’s like society looks at us and goes: ‘Hmm, there must be a reason why they are childless.’ Like we are social lepers or psychopaths!

It doesn’t stop there. We don’t get the work/life balance afforded to parents. We can’t contribute to baby-related conversations. Sometimes we don’t get a say in anything. Society believes childless people are unwilling to invest in the next generation or in the future of our planet, therefore we cannot represent the average Australian (because, apparently, the average Australian is a parent).

And it’s not just paranoia. Professor Renske Keizer found childless people are perceived by society as being less well-adjusted, less nurturing, more selfish and more career-oriented. The stigma is real. Or the stigma goes the other way, with assumptions that childless people are happy-go-lucky, sleeping in all the time and partying their lives away. I have been told I’m lucky for not having kids!

Church Community as a Help or Hindrance?

For those with a Christian faith, the church community should be a great support to those who are childless. However, as you’ve alluded to, it doesn’t always work out that way. Could you tell us a bit about that? 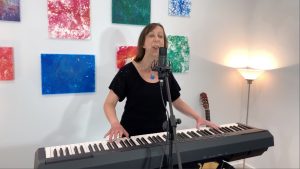 Sure, I have good, bad and ugly stories about how churches have responded to childless people! Some churches are wonderful at supporting their childless members. They are inclusive and welcoming, and they are intentional about helping outsiders feel ‘inside’.

But, unfortunately, other churches are terrible at this. They focus on kids and young people, worthy ministries per se, but it occurs at the expense of everyone else. They run parenting programs, their women’s ministry is geared toward mothers and homemakers and their men’s ministry focuses on fathering. And don’t even get me started on the glorification of parents (otherwise known as Mother’s and Father’s Days and ‘Parenthood is the greatest gift’ sermons).

Some of my interviewees were badly hurt by the church. They were told it’s God’s will they are childless, as though God has deemed them to be an unfit parent. They have been fed false hope through prophecies that have not come true or through the repeated sharing of biblical miracle-baby stories (like Sarah and Abraham). They have endured ‘You’ll never know God’s love until you have a child’ messages from other Christians.

It was my own bad church experiences that fuelled my fire for this book. I was told by one pastor I was ‘in sin’ for not wanting or having children. Shocking, but true. Another time, I was at a church event where a group gave childless people a verbal bashing, chorusing that childless people ‘have no idea what it’s like to be a parent’! (Read my book to find out how I responded to that one!)

The church can do much to support childless people. They can invite them over for a meal and include them in their lives. Preachers can mention childless people in their sermons about suffering and hardship, not just parenting challenges. They can talk about God—not us—on Mother’s and Father’s Days, expounding the wonderful fatherly and motherly traits of our Heavenly Father.

The church community can be understanding when childless members do not attend the more ‘family-friendly’ events and check in with them afterwards. Treated this way, childless people will feel loved and remembered and valued.

What advice would you give to someone who wants (or wanted) children but remains childless?

My first response is not to give advice, because most childless people have already had a gutful from doctors, friends, family and society in general! But I do have some ideas and suggestions. First of all, don’t lose your sense of humour. We have plenty of opportunities to find the silly or absurd in childlessness, everything from ‘Doing it in a cup is super sexy’ to ‘If you show me your baby photos, I will share hundreds of my cat photos with you’!

Second, cut yourself some slack. Grief is unpredictable, so do what you need to care for yourself. That includes getting support, finding other childless people (because solidarity is vital), going to a counsellor and keeping things honest with your partner (if you have one). Practising gratitude can help with the grieving process. Looking for silver linings does not cure our heartache, nor does it compensate for childlessness, but it can help shift our perspective a little. Some days, that might be enough.

Third, get yourself a furbaby! My little furbaby has helped me and some of my interviewees said their furbabies help fill the void left by childlessness.

If furbabies are not for you, consider pouring your parenting instincts into others, perhaps through volunteering or teaching or mentoring. Find alternative ways of parenting without being a parent or, as I call it, non-parenting parenting!

Finally, we all need a reason to live. Find your passion and pursue that. It could be almost anything: travel, sport, music, writing (as it is for me), helping other childless people, giving back to your community, ministry and so on. Find that thing that gets you out of bed in the morning. That’s your anchor in the sea of childlessness.

Your anchor could be faith. If your relationship with God has been hurt by childlessness (which does happen), you may find little parts of your faith survive the shipwreck, even if those parts look somewhat different. 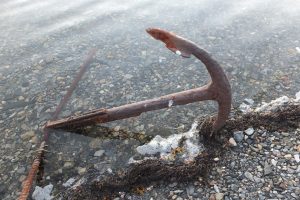 Perhaps you listen to death metal worship instead of ballads. Perhaps you visit another church or watch church online. Perhaps you pray a little more frankly than you did before. Find your faith anchor, even if you have walked away from God or feel he has walked away from you. God is deeply concerned with those things that deeply concern us, and he shares our sorrows. He is super patient and he will wait for you. Even when hope has died, there is hope for reconciliation with God.

Thanks so much, Steph. I’m sure your book will help many people.

Steph has kindly made available an autographed copy of Surviving Childlessness: Faith and Furbabies for one lucky reader. In order to enter the draw for the prize, just add a comment below by midnight on Sunday 20 June 2021 (Australian Eastern Standard Time). The winner will be chosen at random from the eligible comments, and their name will be published in the comments section of this blog post, in my next newsletter and on the Nola Lorraine Facebook page. As the prize is a print book, this giveaway is only available for those with an Australian postal address. (Stay tuned for other giveaways in the future that will be open to anyone.) For full terms, please click here. 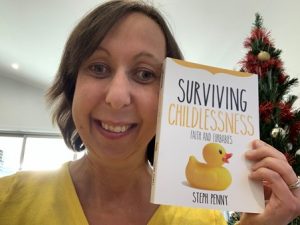 Steph Penny is an author and blogger of Christian living issues, including singledom, childlessness, chronic illness, worship and counterculturalism. Surviving Childlessness is her second book in the Survival Series, following her debut book, Surviving Singledom. Steph’s blogs can be found at: www.stephpenny.com.au

In her spare time, Steph works as a psychologist, writes and publishes original songs on YouTube, sings and plays keyboard for her local church, and hangs out with her husband and feline furbaby, a rescue cat names Portia.

Surviving Childlessness: Faith and Furbabies is available from:

Author photos and book cover courtesy of Steph Penny. Anchor photo by Nola Lorraine. All others as marked.